Phillies fans are flocking to BayCare Ballpark in record numbers. Why not? It’s hard to beat a March afternoon in the sun at BayCare Ballpark, one of the most inviting venues in the Florida Grapefruit League.

Most fans will enter the ballpark on the third base side, known as the “west entry,” walking down a path that features dozens of 30- to 45-foot high palm trees on each side before heading up the steps to see what awaits once you’ve reached the top. Once inside, fans can roam the entire ballpark along the main concourse and not miss any of the game action below; the widest variety of concession items and picnic tables are centered on the third base side and down the left field line.

The ballpark offers some of the best sight lines of any Spring Training ballpark and all the blue-colored seats are angled toward the infield; in fact, the ballpark feels a lot smaller than its 8,500 capacity. A 50-feet-wide by 10-feet tall ‘Tiki Bar,’ just beyond the left field fence allows fans the option of sitting their caboose on a barstool to watch the ballgame and choose from a wealth of drinks; the bar was designed to create the same atmosphere found at Raymond James Stadium’s “Pirate Ship,” home of the NFL’s Tampa Bay Buccaneers.

BayCare Ballpark has the most limited amount of foul territory of any Spring Training facility, especially down the lines. A kids play area, located down the left field line, will keep the little ones busy and also includes a kid-sized menu; the area is also pushed back enough so that parents don’t have to worry about junior taking a foul ball in the noggin’.

The Phillies Spring Training home is one of the few stadiums whose concession stand has imported the team’s local flavor (Philly Cheesesteaks, of course) to satisfy homesick fans. 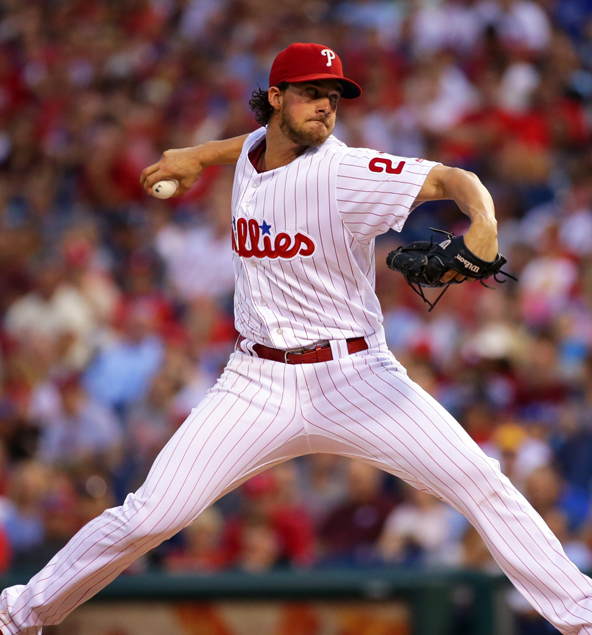 The 2022 season will mark the Phillies 76th Spring Training in Clearwater and the 19th at this location. The stadium opened in 2004.

BayCare Ballpark is also the home of the Clearwater Threshers, the Phillies Low-A Southeast League affiliate. 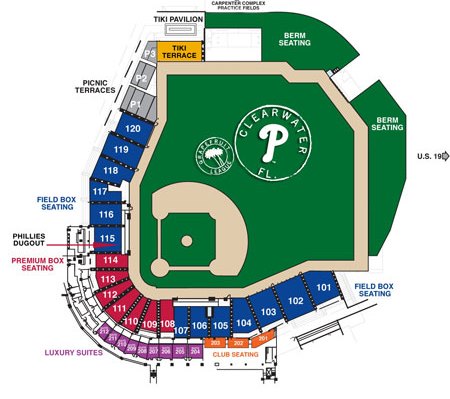 From US 19: Turn west on Drew Street. Turn right on Old Coachman Road, the ballpark is ahead on your right. 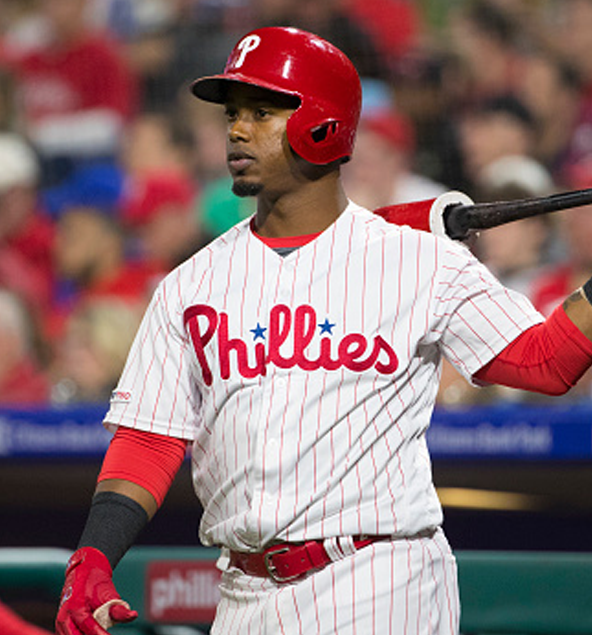